Why Police Have Been Quitting in Droves in the Last Year

ASHEVILLE, N.C. — As protests surged across the country last year over the death of George Floyd at the hands of the Minneapolis police, Officer Lindsay C. Rose in Asheville, N.C., found her world capsized.

Various friends and relatives had stopped speaking to her because she was a cop. During a protest in June around Police Headquarters, a demonstrator lobbed an explosive charge that set her pants on fire and scorched her legs.

She said she was spit on. She was belittled. Members of the city’s gay community, an inclusive clan that had welcomed her in when she first settled in Asheville, stood near her at one event and chanted, “All gay cops are traitors,” she said.

By September, still deeply demoralized despite taking several months off to recuperate, Officer Rose decided that she was done. She quit the Police Department and posted a sometimes bitter, sometimes nostalgic essay online that attracted thousands of readers throughout the city and beyond.

“I’m walking away to exhale and inhale, I’m leaving because I don’t have any more left in me right now,” she wrote. “I’m drowning in this politically charged atmosphere of hate and destruction.”

Officer Rose was hardly alone. Thousands of police officers nationwide have headed for the exits in the past year.

A survey of almost 200 police departments indicated that retirements were up 45 percent and resignations rose by 18 percent in the year from April 2020 to April 2021 when compared with the previous 12 months, according to the Police Executive Research Forum, a Washington policy institute.

New York City saw 2,600 officers retire in 2020 compared with 1,509 the year before. Resignations in Seattle increased to 123 from 34 and retirements to 96 from 43. Minneapolis, which had 912 uniformed officers in May 2019, is now down to 699. At the same time, many cities are contending with a rise in shootings and homicides.

Asheville was among the hardest hit proportionally, losing upward of 80 officers, more than one third of its 238-strong force.

The reason has partly to do with Asheville itself — a big blue dot amid a sea of red voters in western North Carolina. Residents often refer to the city, a tourist mecca of 90,000 people tucked into the picturesque Blue Ridge Mountains, as the South’s version of Austin, Texas, or Portland, Ore.

Protests are commonplace, although none in recent memory had roiled the city quite like those prompted by the death of Mr. Floyd. Asheville has removed its three Confederate monuments, including the obelisk that dominated the central square for more than 100 years. In June, the City Council agreed to earmark an initial $2.1 million to pay reparations to the Black community of more than 10,000 residents.

The police already had come under criticism in recent years, churning through half a dozen chiefs in the past decade amid widespread complaints about overly harsh policing. Often cited is a case in 2019, when an officer pleaded guilty to assaulting a Black man after an argument over jaywalking — at night with few cars on the road.

The past year’s racial justice protests brought these long-simmering tensions swiftly back to the surface.

A sense that the city itself did not back its police was a key reason for the departures, according to officers as well as police and city officials. Officers felt that they should have been praised rather than pilloried after struggling to contain chaotic protests.

Low pay deepened the frustration. With a starting salary around $37,000, few officers can afford houses in Asheville, where housing prices have sharply increased in recent years.

Finally, officers said they were asked to handle too much; they were constantly thrown at tangled societal problems like mental health breakdowns or drug overdoses, they said, for which they were ill-equipped — then blamed when things went wrong.

Officers who left said they endured a barrage of “good riddance” taunts on social media.

One sergeant who quit after a decade on the force, who did not want his name published because of the attacks online, said last summer had chipped away at his professional pride and personal health. He could not sleep and drank too much.

In September, somebody dropped a coffin laden with dirt and manure at the front door of Police Headquarters. “The message was taking a different turn,” Chief Zack said. “The message was not about police reform, but, ‘We endorse violence against police.’”

Of the more than 80 officers who left, about half found different professions and the other half different departments, Chief Zack said. New careers included construction, real estate and pharmaceutical sales.

Some officers decided that Asheville was the problem. Alec N. Dohmann, 30, a former Marine infantryman, could not afford a house in the city, and the rage directed at officers during the protests shocked his wife, who watched it live on Facebook. He took a police job in nearby Greenville, S.C., and bought a house.

“It is night and day,” he said. “I can’t tell you how many times I’ll be in uniform and someone comes up and shakes my hand, thanking me for what I do.”

The George Floyd protests in Asheville lasted just four or five nights, far less than in other cities, yet many activists said they remain alarmed by the degree of force police used against demonstrators.

Officers fired tear gas to disperse them, and in one incident, the police ransacked a medical tent, chasing off the volunteers, slashing water bottles and destroying first aid supplies.

City officials seemed torn about how to respond. At first Chief Zack defended the officers over the tent episode, saying water bottles were constantly heaved at officers, but he apologized amid the subsequent uproar.

Ms. Manheimer, mayor since 2013, said in an interview that the city was facing a “clash of cultures,” and that she had “obviously not perfected” her efforts to “thread the needle of supporting law enforcement employees, but at the same time demanding and calling for needed change.”

Calls for defunding the police have continued, with many Asheville residents saying the department’s problems started long before last year’s protests.

Rob Thomas of the Racial Justice Coalition said the Black community has long felt targeted, and he learned early that there was an unwritten rule among police officers that they would beat anyone who ran from them.

To him, the officers’ leaving is not a big concern.

“The ones who left are collateral damage of people advocating for change,” he said. “It is not these individual officers who are so bad or so wrong; the system itself is kind of messed up.”

Recruitment all over the country, given negative attitudes toward the police, has also become a slog, prompting Asheville to approve a modest salary increase. It takes roughly a year to train new officers in Asheville, and of seven who started in December, six have already quit, Chief Zack said.

To make do, the department has trimmed its services even as shootings and other violent crimes escalated during the pandemic. The police received about 650 calls for “shots fired” last year, Chief Zack said, and there were 10 homicides, compared with seven the year before. Aggravated assaults were also up.

The department shuttered a downtown satellite office, stopped bicycle patrols and is making fewer traffic stops. It published a list of 10 incidents to which it would no longer dispatch officers, including some vehicle thefts, and urged citizens to file simple complaints online rather than calling.

All but one of the seven officers who investigated domestic violence and sexual assault left, so the department is trying to get three officers up to speed on the skills needed.

“A lot of our experience is walking out the door,” Chief Zack said.

With a third of the police force gone, some activists and residents said they worried that the city would squander an opportunity for change, hiring replacements instead of exploring alternatives.

Justin Souther, the manager of Malaprop’s Bookstore, said that what he considered excessive force by police during the protests renewed his conviction that Asheville should not be as reliant on law enforcement for dealing with issues like the homeless people who inhabit downtown. “People need help, not punishment,” he said.

Officer Rose, leaving the police after seven years, first worked for a moving company started by a fellow officer who had also quit. She felt angry, tired, disgruntled and like a failure all at once, she said. She slept badly and had no appetite.

Some time in January, she decided she wanted to retrieve her badge, to give it to her grandfather, who had pinned it on her when she had completed her training.

She had to apply to Chief Zack to get it. Leaving the police had been the hardest decision of her life, she said, and the chief dangled a job as a community liaison officer designed to make the department more transparent to the public.

He had also relaxed some of the rules. She could now wear short sleeves, for example, displaying the tattoos on her arms. Her wife, an Asheville native, endorsed her return as well.

Officer Rose said she still nourishes the idea first planted when she joined the police that she can make a difference in people’s lives, but she is more wary. “It was a rude awaking,” she said. “It’s like you are in a loving relationship, and then all of a sudden you are dumped and you don’t know why.” 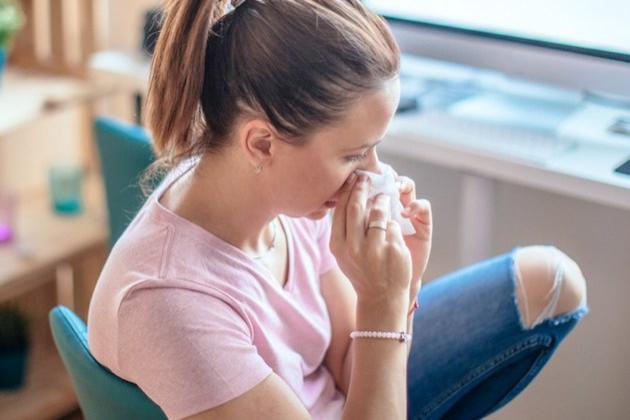